A great trader requires great skill and good behaviors. But all the skills and behaviors are not as important as spiritual power. Why is it so important? What is a trader's spirit? And how to practice?

Let me make it clear, I am not saying that skills, knowledge are not important. I mean that there is something even more important that that. The winning elements for a trader is not less than any other career. I will explain it later on the blog.

Beginner trader always believe that the skill is most important, until they found the fact that different people with the same strategy will perform differently. What making difference is the spirit behind the skills. Before we talk about the spirit, we need to understand what is the market first.

To make it simple, a market is just an environment to let a lot of people to participate the trading activity. In the market, the rule is changing, the market behavior is changing, all the things are dynamic. That is why the market is so hard to beat. It's more like a huge worldwide online game, the way to win the game is changing, the developer need to keep fine-tuning the balance of the game. You won't be always winning, because once many people using the same way to play, the efficiency of the strategy will greatly reduce until it become a losing strategy. Through there are still many good players, they won't win every single time, but there chance of winning is much higher than an average player. Now, let's go to next question, what is trader's spirit that makes trader win consistently?

I believe the following trader spirit, not only apply to trading career, but also apply to all the other careers, even your whole life will change in good way. You will also noted that those spirit is all well known but not easy to practice. Knowing does not mean that you can do it. There are a large gap between known and done.

First thing of a trader's spirit is open minded, really open mind. The fact is, everyone think themselves open minded, but they don't. The school system teaches people to be narrow minded, because everything need to have an answer in school, and that answer limited your mind. For example, if I tell you UFO and Aliens are real, god is also real, what is the first thing pop up in your mind?

A narrow minded person will think that I am crazy, or absolutely stupid to believe such a thing that science can't prove it.

An open minded person think a different way, they won't totally believe what I am saying. They will think why do I say so, any evidence to prove that, the reliability of the evidence and then they judge how high is the chance that what I am saying is right. It won't bring any loss to you whether you believe there are UFO or not. But in trading world, it's totally different story.

Imagine a scenario, when Simon believe the market will go up, he put part of the money on it. Before that, he did as many research as he can, he is not stupid, and all the "evidence" point to the same direction, UP. So he buy it with full confidence. After few days, the market starts to go down, he think maybe it's just adjustment. But after few more days, it just keep going down, he start to doubt which part of the research goes wrong? After further investigate, he relieved since he still found that all the news are saying the market should go up. Up to this point, he think the market is wrong, but not him. To support his thought, he all in the market, and the market just goes all the way down. At the end, he lost all his money in a market crash. This is sad, but it's typical way for a smart person to go bankrupt in the market.

Now the same situation happens to Hayden. At first, he think that the chance of market to go up is higher than go down. So, he also put part of his money into the market. But the market is going down, he think that the chance of going down is around 30%, and now it happened. He exercise his stop loss order that bring a little loss to him. After few days, his system told him the market going down is higher than going up. He short the market, this time, the probability works out, the market go straight down and he take profit according his strategy.

You may think, the story will be totally different if the market rebound. Simon will gain back all the losses, and Hayden will experience a losing streak. If you think so, congratulations! You just look both sides of a coin, which is a open minded way of thinking. And you are right, the market can go any direction at any time. Any possibility can be happened. It's all about possibility. It's a game of possibility.

Let's calculate the chance of bankruptcy for Simon and Hayden. As we observe the market, every 1 to 3 years or even shorter period, most of the market will have a big move in one direction, we don't know when will it happen, we just know it happens. The possibility of Simon bankruptcy is then the chance when he guess wrong, and the market goes all the way in his opposite direction, which happens every 3 year. That means every 3 years he have 40% chance to bankrupt no matter how much he earn in this 3 years. Because a l00% loss will wipe out his account no matter how much his account valued. On the other hand,  the chance for Hayden to bankrupt is depends on his accuracy of strategy. Let's say his strategy's losing chance is also 40%, and he only risk 5% of his capital every single time. Roughly calculation, it takes 20 losing streak to blow his account, which is 40% to the power 20 (0.4^20) = 0.0000011%.  That make his chance of survival is much higher than Simon.

This is how trader's spirit affecting the result of trading. In the real market, you need to think about the chance of winning, as well as the chance of losing, they must sum up to 100%.

We have to admit that as a human, we have feelings. When the market goes against us, we feel confuse, disappointed or even anger or fear. Those feeling will distract us, sometime lead us to make stupid decisions. To make things worst, most of the time, the stupid decision results losing money. Low E.Q. is so expensive in trading field that we can't afford it.

One of the way to conquer anger is try to control ourselves. But it's difficult right? Do you have the experience that someone piss you off? And of course, you want to say swearword back to him, or even fight him. In real life, this might cost you losing your job, or lost a friend, or even lost your wife... Yes, we all know that bad temper is so evil but it's just so hard to control. Especially when all the things are happen in a second, you may not have time to claim down. So, control yourself is essential, you should always remind yourself to control your temper no matter how hard is the situation.

The another way to conquer anger is lower your expectation. This is a easier way and will let you become a better person. Let's look into the source of anger, most cases they are caused by our high expectation. For example when our children got an "C" at school, we won't feel anger because we expecting him to be average in academic. But if this children usually get "A" at school, and this time he get a "C", most people will feel disappointed or even feel anger especially for someone care about him. What making difference is the expectation. In trading world, when we expect we could win this trade for sure, but finally we don't, then we will feel anger. And anger leads to even worst result. So the correct attitude is to do the best and expect for nothing. This attitude keeping us at high spiritual status. The fact is that good result is not come from what we are expecting, it's come from what we have done. This attitude eliminates the source of bad feeling. When you achieve the status that no anger and fear, why would you need to conquer them?


3. What is greed, and is it good or not?
Someone said greed is good, because it drive us to achieve higher goal. But I don't buy it. I think greed is evil. It will lead us to unlimited expectation until it destroy ourselves. Greed is a black hole which can never be fulfilled. I knew, this idea may opposite to many other motivation guru who teach their followers greed not a bad thing. They even show off their fancy cars, beautiful girl friends to attract more followers. Sometime greedy people could really earn a lot of money, that makes more people believe greed is good. We should beware of it because it violate our "expect for nothing" rule.

You may ask, if we expect for nothing, then what keep us motivated? What is the driving force for us to keep working or trading? It comes to an opposite idea of greed, which is contribution. It's the heart of contribution that drive us to do better job, helping more people, to make it a better world. The fact is that, our life experience told us, the more you contribute, the more you will get in return. Maybe your return do not come so fast, but believe me, it will come. In the trading world, one of the most successful trader George Soros who contribute by charity. The famous investor Warren Buffett also contribute by charity. It proves that their success is not come from greed, it's from contribution.


4. Knowing yourself
Your strategy should match with your characteristic. If you are an aggressive person, you won't feel comfortable with some slow strategy. And as a result, you will try to change the strategy to more aggressive until it becomes a losing strategy. This is so important to always ask yourself, who am I? Why would I do that? Can I obey the rule? .... I can't answer it for you.

When I want to make a trade because I saw the golden chance, I will ask myself is this trade match the rule of possibility? Am I affected by other people to make this trade? Am I no discipline? Sometime after asking myself those questions, I didn't make the trade and It saved me a lot of money. The more you know about yourself, the faster you improve your trading skill. Because you will know what's is your problem, you won't blame the market or other people, you will start to correct your behaviors. You will find yourself go to the right way to be a great trader.

Conclusion
If you found those 4 points of trader spirit is more like a Jedi spirit. Yes, may the force be with you. Those are truth, and truth is precious because it applies to all the things. If you are a chef, you got to have heart of contribution to make good dishes, you got to be open minded to accept customer's feedback. What makes a trader to be a good trader is no difference of other career. Finally, if the "trader game" helps you or you have any feedback, just feel free to comment below or email me.

Trader game 2 is on the store now! This time, we added tons of new features: 1. You can set your stop loss and take profit points on the... 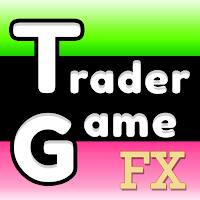